A document in CERN’s Wolfgang Pauli Archive seems to show physicists talking of ‘quarks’ over three decades before Murray Gell-Mann coined the name in 1964 from a line in James Joyce’s novel Finnegan's Wake: "Three quarks for Muster Mark!". Confusing at first sight, but the explanation is simple.

The script of a skit parodying Goethe’s Faust includes the lines "In jeden Quark begräst du deine Nase." The skit was performed at the Niels Bohr Institute conference in April 1932; Léon Rosenfeld played Wolfgang Pauli (Mephistopheles) trying to sell the idea of the neutrino (Gretchen) to a sceptical Paul Ehrenfest (Faust).

Despite the other physics-related references, this line comes directly from Goethe, when Mephistopheles contemptuously likens humankind to an insolent grasshopper, wanting to leap heavenwards but inevitably sticking its nose into mundane earthly trivia. Quark, a Slavic borrowing in German, was a colloquial term for rubbish or petty nonsense. Although allegedly jealous of his German rival, Joyce read Goethe extensively and is thought to have adopted the word from him. 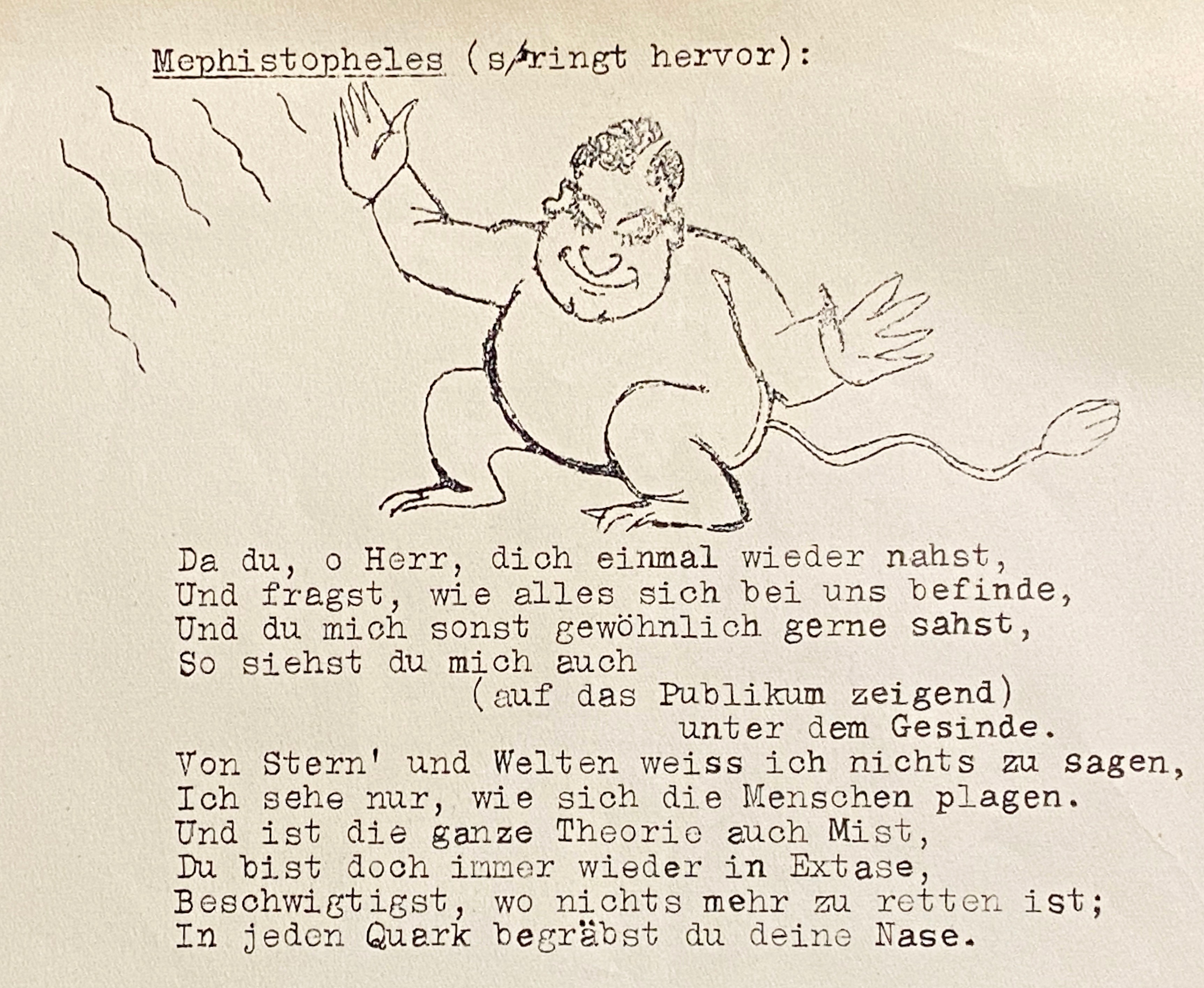